You are here: Home / News / The first Mars helicopter will fly with maxon’s DC motors

Two years from now, the US space agency NASA will send a new rover to the Red Planet. Included: a small helicopter, which will take the first aerial photos of Mars. The rotors will be controlled by robust DC motors from Switzerland.

The US space agency NASA has announced that their Jet Propulsion Laboratory (JPL) will be sending a helicopter to the Red Planet on the upcoming Mars 2020 rover mission.

It will land on Mars whilst attached to the bottom of the rover in February 2021. During the first 30 days of the mission it will undertake several autonomous flights, each lasting up to 90 seconds. We will receive inflight images of Mars back on Earth for the first time! The Mars helicopter technology will lay the way for many future scientific and exploratory missions to Mars. Similar robots could serve as flying eyes for future rovers, exploring the surroundings and finding the best route for the rover.

For the small helicopter to fly, it takes an enormous engineering effort. The thin air on Mars is comparable to the conditions prevailing on Earth at an altitude of 30 kilometers. Even accounting for the reduced Martian gravity, the helicopter must therefore be particularly light (1.8 kilograms) and can only carry small batteries. This requires that the components used are extremely energy-efficient, a requirement that also applies to maxon’s DC motors. The drives from Switzerland have proven themselves in many previous Mars missions and will also be used in JPL’s helicopter. Six DCX precision micro motors with a diameter of 10 millimeters are responsible for moving the swashplate and hence adjusting the inclination of the rotor blades – i.e. for controlling the vehicle.

The helicopter propulsion system is designed and built by AeroVironment under contract from JPL. maxon engineers have been working closely with the specialists at AeroVironment who are world experts in building micro air vehicles. After a year of development work, NASA’s approval for the inclusion of the helicopter project in the Mars2020 mission is an additional motivation for the Swiss drive specialists. ”Being part of another Mars pioneering project makes us incredibly proud and happy,” says Eugen Elmiger, CEO of maxon motor.

Temperature measurement of Mars with the help of a DC motor

The Mars helicopter adds to several other Mars projects that maxon is currently involved in: For example, in the European Space Agency’s ExoMars rover – with more than 50 drives located in the wheels, drill head, analysis unit and camera mast. This mission is also scheduled for launch in 2020. Significantly earlier, arriving 26th November 2018, NASA’s InSight lander will study the Red Planet’s seismic activity and planet core temperature. A powerful and robust DC motor from maxon drives a pile driver type mechanism that will burrow almost five meters deep into the Martian soil. 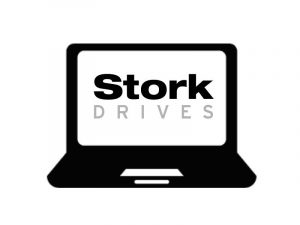